Orange Local Government Area (LGA) is located only three and a half hours from Sydney in Central NSW. Orange has four distinct seasons, elegant streetscapes, beautiful parks and some of the best regional food and wine in Australia. The Orange region celebrates the beautiful great outdoors, a flourishing cultural scene, fine produce and cosmopolitan cafes and restaurants.

Orange LGA is home to more than 41,000 residents and includes the regional city of Orange and the small villages Lucknow to the east and Spring Hill to the south. The Orange LGA economy is driven by health service activities, mining and mining support, public administration, tourism, retail, viticulture and horticulture. Orange also supports the surrounding region providing key health and education services through Orange Health Service Charles Sturt University and Western TAFE. Orange also boasts a significant regional airport with direct flights to Sydney, Melbourne and Brisbane that connect the city to metropolitan markets.

The spectacular natural environment and highly productive agricultural land contribute to a thriving tourism sector. There are more than 60 wineries and cellar doors that regularly open in the region showcasing the areas award winning wines. Festivals and events showcase the quality regional produce with Food of Orange District (F.O.O.D) Week festivities, Wine Festival and the Orange Regional Farmers Markets celebrating this sector locally and attracting visitors to the region.

Orange is part of Wiradjuri land – the largest Aboriginal territory at the time of European settlement, covering the Central West slopes and plains. Today about 6.2% of the Orange population identify themselves as Aboriginal or Torres Strait Islander.

The Orange region is part of Australia’s ‘historical heartland’ with the discovery of gold at Ophir in 1851 resulting in a subsequent Gold Rush in the region. By the 1860s Orange had developed into an important business centre. The railway came in 1874 and by 1890 the Town Hall, Post Office and Court House in Orange were all built. The beautiful parks and gardens that are enjoyed in the city today were born of that era.

Balancing growth of a bustling city while protecting the beautiful natural environment and catering for the needs of all members of our community will be the challenge for Orange over the coming decades.

The Lucknow goldfields were discovered in 1851, soon after Australia’s first payable gold was found at nearby Ophir.  The entire mining area was owned by William Charles Wentworth. The gold field was known as the Wentworth Field until the name Lucknow was adopted in 1863.  Peaks in gold production occurred from 1860 through to 1899 and again in the late 1920s. At its peak in the 1880s – 1890s Wentworth goldfield was one of the richest in NSW.

Lucknow’s gold mining heritage lives on with relics of poppet heads, mine buildings and cottages, mullock heaps and bluestone dam walls visible in and around the village.

Just ten minutes' drive from Orange or Millthorpe sits the historic village of Spring Hill. With origins tracing back to 1832, this small village features some lovely examples of buildings from the late 19th century, notably the quaint bluestone Uniting Church and the Spring Hill Temperance Hall, still in use as the community hall.

With a population of 502 people, Spring Hill also features a family-friendly pub, takeaway cafes, a park and a public school and is close to Orange Regional Airport.

The area is a popular destination for cyclists, being part of a scenic drive and cycle route that includes Millthorpe, Forest Reefs and Lucknow.

Huntley is a locality with a population of 150 residents.  It is home to the popular berry farm that is frequented on summer days by visitors picking baskets of berries.  Visitors can choose from strawberries to gooseberries, or stocking up on jams and chutneys at the onsite café.

Subscribe to our newsletter to receive the regions latest news and offers straight to your inbox.

!
!
Something went wrong. Please check your entries and try again. 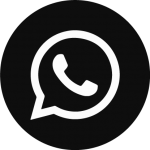